Hate Crime What is it?

A Hate Incident is any incident which the victim, or anyone else, thinks is based on someones prejudice towards them because of their race, religion, sexual orientation, disability or because they are transgender.

If you, or anyone you know, has been called names, been bullied or had anything happen to them that you think may be because of one of these factors, then you should report this as a hate incident. Even if you dont want the incident to be investigated, it is important that the police know about it, so that they can build up a picture of how many incidents are happening and where. This information can help police investigating other hate incidents.

Not all hate incidents will amount to criminal offences, but those that do become hate crimes. The Association of Chief Police Officers and the CPS have agreed a common definition of hate crime: 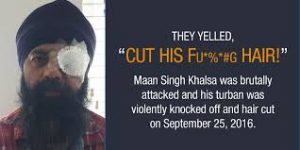 Racist and religious crime is particularly hurtful to victims as they are being targeted solely because of their personal identity, their actual or perceived racial or ethnic origin, belief or faith. These crimes can happen randomly or be part of a campaign of continued harassment and victimisation. We will not tolerate such crime.

Homophobic and transphobic hate crime
In the past, incidents against lesbian, gay, bisexual people or transgender people, have been rarely reported and even more rarely prosecuted. Research studies suggest that victims of, or witnesses to, such incidents have very little confidence in the criminal justice system. The CPS is committed to addressing this problem, ensuring crimes against our LGBT communities are tackled properly.

You can read the CPS policy on Prosecuting Homophobic and Transphobic Hate Crimes here.

Disability hate crime
Feeling and being unsafe through violence, harassment or negative stereotyping has a significant impact on disabled people’s sense of security and wellbeing. It also impacts significantly on their ability to participate both socially and economically in their communities. The CPS takes disability hate crime seriously.

Crimes against older people
Everyone has the right to feel safe and secure and to live free from the fear of crime. We know that feeling and being unsafe have significant negative impacts on older people’s health and sense of well-being. Our policy, Prosecuting Crimes Against Older People, makes clear to older people, their families, communities and the general public that the CPS understands the serious implications of this type of crime. You can read the CPS Policy on Prosecuting Crimes against Older People here.

Has it happened to you? 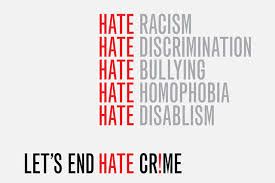 If so, this could be a hate crime.

All police forces would want you to report crimes and they take all reports of crime very seriously. But, if it could be a hate crime, the police will take it even more seriously. This is because all people are entitled to live their lives free from bullying and harassment. Dealing with hate crimes is important to protect the rights of all members of society.

How do you report it?

You can report a crime in several ways:

If you are a victim of hate crime you can also contact The Sikh Helpline as a third party reporting centres.   #tellSikhhelplineUK