A Sikh girl returns to her school after taking Amrit wearing her back headscarf to keep her head covered. Her teacher tells her take off her headscarf or to leave the classroom… Click title to Read more

A young girl who attended a semi-government secondary school had taken Amrit and wore a black headscarf to keep her head covered. Upon returning to school, her teacher took issue with her headscarf and told her to leave the classroom until she removed it. The pupil tried to explain to the teacher that covering the head was a necessary part of the faith for a baptised Sikh and as such she could not comply with the removal order. The teacher then reported the young girl to the head teacher’s office, whereupon the girl’s parents were called and informed that the girl must remove the headscarf while in school.

The parents could not communicate well in English, and went to different Gurdwaras to seek assistance and to communicate with the school. Unfortunately, no one was able to provide the help and outcome that they wanted. The parents then became aware of the Sikh helpline and how it had helped many individuals with various problems; so they called the Helpline regarding their daughter’s situation. Sikh helpline opened a case file and assigned a representative to look into the matter. The representative met up with the family to find out more about the situation, and subsequently, arranged a meeting between the family and the school to explain the importance and relevance of covering the head at all times in the Sikh faith. The school was informed that removal of the headscarf was therefore not an option they could consider.

The school’s initial response was to reject the idea of allowing the student to keep her head covered at all times at school. However, a number of Sikh organisations got wind of the case and sent letters to the school regarding the issue. Finally, after reconsidering the matter, the school overturned its decision and informed the family as well as the Sikh Helpline that they would respect the religious values of the girl and allow her to keep her headscarf on at school.

Thanks again for everyone’s support and we will welcome anyone else who would like to help out. 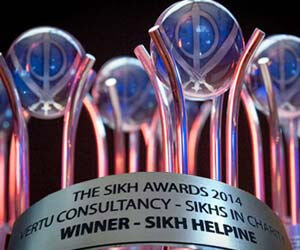