Sunday 25th February 2018 saw a first-time-ever event held at a Gurdwara in a little place called West Bromwich. Gurdwara Guru Har Rai Sahib Ji was the location for the Sikh Helpline event, BREAK THE SILENCE. West Midlands Police, Detectives, Right Start Rehabilitation, Jet Singh Trust and others Charities, the group Taraki, psychologists and real-life victims of mental health all came together for the first time in front of the sangat. What was this for? To break the silence on domestic violence, suicide, mental health, alcohol and drug abuse and all of the taboo topics which aren’t usually mentioned in this peaceful, darbar setting.

“Just to say, the mental health and community awareness event by Sikh Helpline team was an amazing success.” Harkirat Singh

The event began with the Assistant Chief Constable WMP  announcing the reasoning behind why West Midlands police wanted to be the main  sponsor for Sikh Helpline’s Bikeride from Birmingham to Wolverhampton in 2017.  They announced that they were so amazed by the work being done and the ethics so in line with the justice system, that they wanted not only to be a sponsor but the main sponsor. 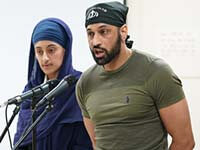 They explained how WMP work with agencies and social care for domestic abuse victims, and who to call in these situations. Detective Inspector Gagy Bedi explained further the relationship between the Sikh community and the police, and how that has built bridges through Sikh Helpline.

“The police are here to fight injustice, and you too have a culture of fighting injustice. When I hear the great work the Sikh helpline does which supports those against injustice, imagine the synergy and energy we can have together. “ 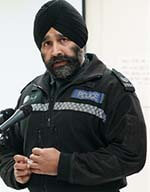 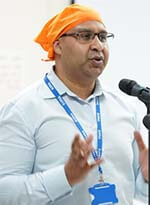 Roshan Singh from Right Start Rehabilitation came to speak next on the topic of drugs and alcohol. The organisation has worked with Sikh Helpline where these taboo issues, especially around women, and have come forward and helped save lives. Singh gave some ways in identifying how someone is addicted to drugs and how drug and alcohol abuse links to mental health.

“The talk highlighted what mental health actually is and how and when problems arise and also ways of helping those suffering.”  Aman Kaur 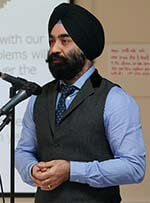 Dr. Varinder Singh followed this talk as a practising psychiatrist, and very informatively took the sangat through steps of understanding mental health and how this can be neglected more so than physical health. With real life relatable examples, Dr. Singh gave some interesting facts on suicide rates, anxiety and depression. These later came as key understanding for the next speakers, who were victims of mental health and suicide attempts. 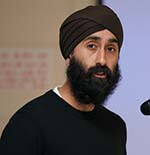 Sharanjit Singh, the founder of Taraki came to represent a charity he opened because of the need he saw in the Panjabi Sikh community for men to openly deal with mental health issues. Singh spoke about his social anxiety which he first came across and overrode during university time with the help of his housemates, but realised that this help was not available in the community.

He used this experience to initiate open conversations between Panjabi Sikh men who are struggling with mental issues, but may not have the outlet to understand or deal with them.

“I would just like to say following the event on Sunday was great to see various charity organisations recognise the contribution made by the SHL and the need to work collaboratively together to address issues working the community. ”  S Kaur 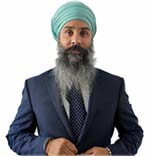 Bobby Singh from Love Your Postcode came to the stage sharing his personal story of falling, and wanting to commit suicide. What is a delicate subject was highlighted and brought to the forefront of how one can get through these experiences and how Sikhi helped him. Singh explained his meeting with Sikh helpline, and how the organisation has helped so many. Singh motivated the sangat to a ‘Chardikala’ state, and showed his personal life change around. 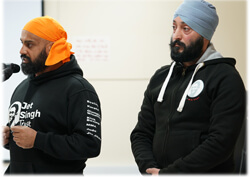 Jet Singh Trust were up next discussing what they do as a charity, which is a physical or mental challenge every month in order to raise money to a given charity. Their generous donation of £2,000 was presented at the event to Sikh Helpline as their chosen charity.

“There are many stresses in our society […] and we need to support those who help us. My plea to all of you, whether you’re here or listening at home, is to surely support Sikh Helpline. (Translated from Panjabi)” Jet Singh Trust 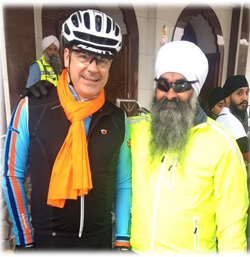 Lastly, the CEO of Sikh Helpline Giani Sukha Singh came to the stage to thank the sangat for being the backbone of the helpline from the support they give. “We need the support of the local communities to help us keep up with the increasing demand of calls. Every call matters and a missed call may be the only attempt someone makes for help. It is crucial that every call is answered.” Giani Sukha Singh

Gurdwara Guru Har Rai Sahib Ji West Bromwich, where the event was held, was also thanked due to the generous support they have given the helpline to serve the sangat. And lastly, the organisations that came together, tackling the problems of today in the Panjabi Sikh community, were also thanked. The committee of Gurdwara Guru Har Rai Sahib Ji West Bromwich in turn thanked Giani Sukha Singh for the amount of service provided to the Sikh community and their generous hours they give of their everyday lifestyle back to the Gurdwara, the community, and to all humans, not just Panjabi Sikhs. 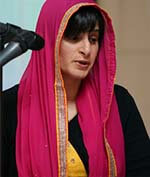 “This is a really great talk for everyone to get together, because everyone can work hand in hand. The event demonstrated the great work and value add the Sikh Helpline delivers and was a true insight into the benefits of the SHL and who and what it does.”  Sukhy Kaur

The total raised from the Sikh Helpline bike ride which took place in October 2017 was announced as £31,980.47

Chief Constable, Dave Thompson expressed “We are happy to engage with organisations, such as the Sikh Helpline which make the health and wellbeing of our communities better. I am pleased we can support the good work they do”

All of the sponsor charities were thanked (as written below) and the filming organisations Sky Channels, Sangat TV and Sikh Channel captured this first inspiring and informative event of what will come many more. 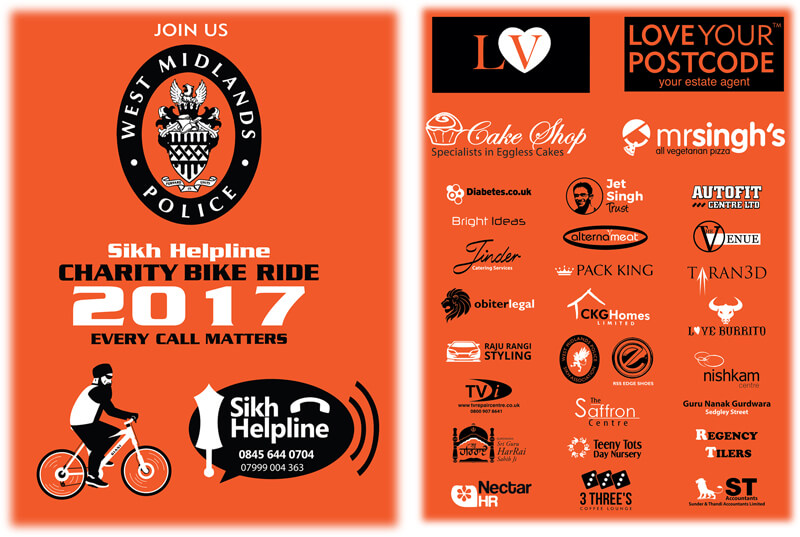 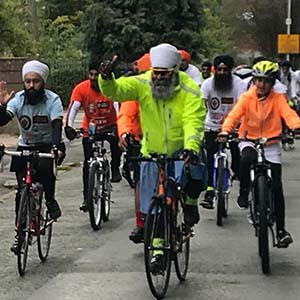 The Sikh Helpline Local Family Bike Ride 2nd Oct 2022 NOTE: It is with regret that our event on Sunday 18th September has been postponed to 2nd Oct 2022. The…

It’s Back – Our signature Sikh Helpline PRO Bike Ride 2022 This summer 2022 we look forward to the return of the SHL – Scotland to Birmingham bike ride. In…

After the amazing success of the 50 mile bike ride last year, we are excited to announce this year’s ride: a 50-mile round trip from Birmingham to Leamington Spa and…

The challenger Sikh Helpline bike ride 2021 is around the corner! After the amazing success of the 350 mile Scotland to Birmingham bike ride, we are ready to go again… 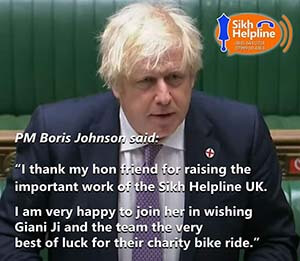 Join Our Virtual Challenge in 2020! 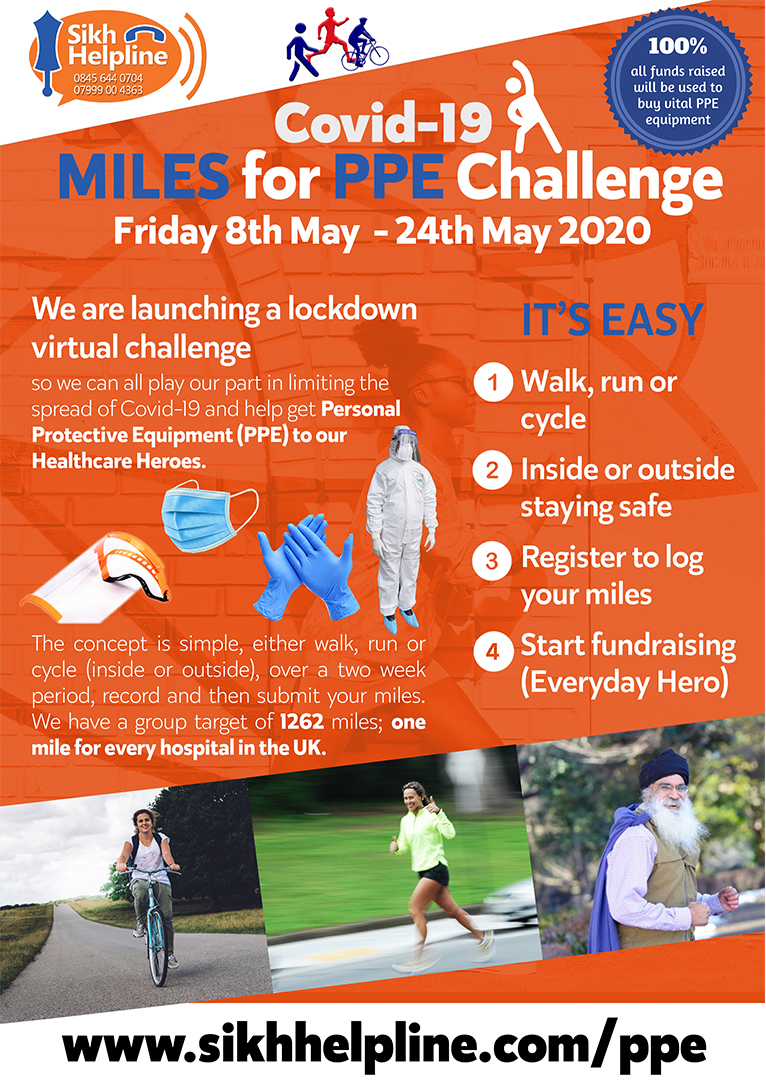